On a cold New York January winter evening, Pat Via and Mitch Mitchell had not yet met, but were making their way separately through the snow covered West Village streets to a gallery opening on Jane Street, never expecting the twist of fate the night would unveil. Once there, Pat was making the rounds, clad in downtown black from head to toe, weaving through the crowd, whiskey in hand, with one eye on the art and the other on the Soho amazons gathered there that night, when a friend offered to introduce him to a fellow musician, Mitchell C. Mitchell, who was boisterously holding court in a back corner of the gallery, his face hidden beneath a fedora and a mane of unruly hair, his neon colored fingernails weaving nimbly through the air as he spoke.

The two immediately hit it off, debating the rumor that Rock and Roll was officially dead, Bach concertos, girls wearing miniskirts in winter, and other such things one discusses on the way to the bottom of a bottle. As they parted ways that night, they agreed that Rock was very much still alive and just needed a swift kick in the ass to get it going again, so they arranged to meet for a jam session the following day, and January Jane was born.

Things progressed quickly from there and they began playing shows around NYC and recorded their first EP.
A few months after they released their “No More Last Times” EP, another New York City night cast its spell and delivered yet another surprise, when after wrapping up a show they were invited to a private gathering at a loft in the Meat Packing District: As they walked through the door they heard the sound of a piano rising from the center of a crowd that had gathered in a circle around the source of the music. They were immediately drawn in, and pushed their way past the pack to the grand piano in the center of the room, where they saw Peter Scialla manning the keys from within the eye of the hurricane. Peter seemed to sense their presence and looked up briefly from his keyboard, waving them over, before returning his gaze to the black and white keys in front of him. As the night progressed and they made their way through another bottle, singing and playing together to the impromptu crowd, they all realized they had found the missing piece, and Peter became part of January Jane.

Since then, the band hasn’t stopped, signing a deal with Whiskey Vinyl Records, recording tracks in Los Angeles and NY for their soon to be released full length debut, and gearing up for a tour later this year.

Pat was born in Connecticut, but gravitated to the energy of New York City at an early age and has been there ever since.

He began playing piano and drums around the same time he could walk, but didn’t begin singing until college, when after writing his first song above a love lost, it was a “become a Doctor or a Singer” scenario. Almost every night, Pat dove into the New York music scene, honing his craft in the gritty venues on Bleecker Street and the Lower East Side. His vocal style would often draw comparisons to George Michael, Bruce Springsteen, and Dave Grohl of the Foo Fighters, attracting a growing number of fans.

After performing and recording, he competed on American Idol, a request his ailing Mother made, and reached the Hollywood rounds of the TV series. Following his AI contract he was at the crossroads of deciding if he should continue his music career – a chance meeting with Mitch Mitchell helped make that decision. The conversation between the two that night lead to the writing of their first song a few days later and the creative partnership that would become January Jane took flight. 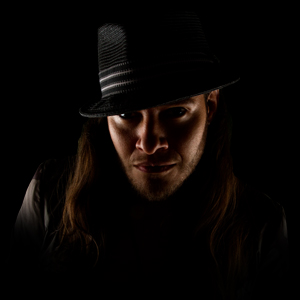 DC native. Lover. Leo. Mitch was raised in a household constantly filled with Classical, Jazz, and Classic Rock… After hearing a demo of some of Mitch’s early guitar wanking, Jazz Legend Larry Willis (Blood Sweat and Tears, Miles Davis, etc) took the young guitarist under his wing and the two began writing and recording a hybrid of Flamenco and whimsical Jazz. Later Mitch would win the Aerosmith Award for “Outstanding Musicianship” and secure endorsements with Gibson, Steinberger, and Peavey. Mitch founded January Jane with Pat in 2013. 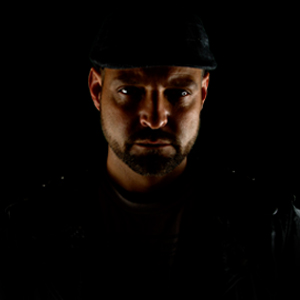 Peter is an east-coast born NYC resident that joined the band in early 2014, bringing with him an authentic piano sound that compliments the band’s rock style. After spending years performing solo, Peter found the magic in collaborating with Pat and Mitch during a jam session late one evening in his home studio. After losing track of the countless tunes and glasses of whiskey, he is thrilled to have the opportunity to play with such talented musicians.  The crew has developed a unique yet familiar sound that drives from each of their talents. Music has always been Peter’s passion and he’s jumped right into place with January Jane.